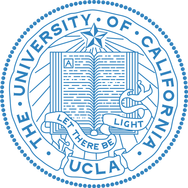 Chicana/o 19: Fiat Lux: Latin American Liberation Theology in Film | Dr. Roberto Romero
Exploration of Latin American liberation theology in film. Topic was developed by theologians Gustavo Gutierrez and Leonardo Boff, and made known on popular level by martyrdom of Archbishop Oscar Romero. It asserts that love and advocacy for poor is at heart of Christianity. Exploration of theological concepts of liberation theology in relation to three films: Romero, The Mission, and Cesar Chavez.

Chicano 188: Youth, Culture, and Social Change | Dr. Maruice Magana
Exploration of scholarship that addresses youth, culture, and social change. Definition of what is meant by youth, and situation of emerging field of youth studies in relation to previous academic approaches to study of youth. Focus on how current interdisciplinary approaches that emphasizes use of ethnography and understanding how local experience relates to larger social phenomena makes these approaches well-suited for countering deficiencies of previous approaches to understanding youth experience. Cases focus on youth in Americas, but also engage scholarship about youth in Europe, Middle East, and Africa to gain more global perspective. Through these ethnographers, consideration of how you experience and impact structural and cultural conditions relating to globalization and neoliberalism, diverse techniques employed by youth for achieving social change, and diverse techniques employed by ethnographers for documentation and analysis of relationship between youth and social change.

German 56: Figures Who Changed the World | Dr. John McCumber; Jaime Zelechowski, PhD Student
Introduction to strains of German philosophy and political thought that resonated internationally. Use of version of 'great man' model of history to move beyond such models in its understanding of how, exactly, intellectual currents actually ferment change in the world.

Labor 188: Diversity at Work: Race, Gender, and Citizenship in the Making of the U.S. Working Class | Dr. Trevor Griffey
Exploration of how experience of working people in U.S., and their participation in social movements, have been profoundly shaped by stratification of workplace by race, gender, and citizenship status. Analysis of historical roots of social inequality in U.S. Analysis of two different worker-led movement campaign for social wage for all citizens, and immigrant rights movement campaign for labor rights as human rights.

Labor 188: Farmworkers Transnational Struggle and Legacy of United Farm Workers | Dr. Gaspar Rivera-Salgado
​Focus on historical and contemporary issues farm workers face in restricted economy, and class, racial, and gender dynamics that shape their work experiences and economic and political opportunities in society at large. Study also covers gender, race, and class conflicts in workplace and during collective struggles for equality in contemporary society. Topics include political and cultural legacy of farm workers' struggle in U.S. and its long-lasting impact on labor movement and immigrant workers' and social justice movements. Special focus on assessing and understanding role farm-worker led labor and civil rights movements have had in promoting multi-ethnic and multi-racial campaigns for workplace and economic justice from cross-broader perspective. Students develop theoretical and practical understanding of farm workers' experiences across U.S.-Mexico border, and of legacy of United Farm Workers and other farm worker unions.

Political Science 140A: National Institutions: Congress | Dr. Stonegarden Grindlife
Study of those factors which affect the character of the legislative process and capacity of representative institutions to govern in contemporary society.

Political Science 159A: Government and Politics of China: Chinese Revolution and Age of Mao Zedong | Dr. James Tong
Survey of modern Chinese politics from decline of Manchu dynasty and rise of revolutionary and political dynamics of revolution in modern China.

Psychology 100A: Psychological Statistics | Dr. Kristin Trickey
​Basic statistical procedures and their application to research and practice in various areas of psychology.

Spanish 27: Composition for Spanish Speakers | Dr. Jose Del Toro
Practice in reading and writing of Spanish for students with oral proficiency in Spanish.

Spanish 135: Social History of Spain and Portugal: Age of Silver in Spain and Portugal, 1479-1789 | Dr. Teofilio Ruiz; María Gabriela Venegas, PhD Student)
A study of thought, art, politics, and the social and economic milieu of Spain during the Golden Age. Emphasis on the relationship between historical context and cultural production and in literary representations and misrepresentations of the past. Topics to be examined are: policies and social attitudes towards religious minorities, and the Inquisition, the establishment of a colonial Empire, and the use of political, religious and social motifs in literary works.

Spanish 150: Ethnic Otherness in Latin American Culture: From Indigenismo to Indigenous Movements | Dr. Patricia Arroyo Calderon
Study of how ethnic otherness has been constructed in Latin American culture during 20th and 21st centuries. Topics include indigenista cultural expressions that depicted and appropriated indigenous heritage through different artistic modes; emergence of indigenous peoples as new political and social actors; and indigenous expressions such as testimonio, digital cinema, and even hip-hop. Goals are to facilitate comprehensive understanding of role that Latin American culture has played in construction of ethnic and cultural otherness in highly diverse countries such as Guatemala, Mexico, Peru, and Bolivia, and to acquaint students with contemporary venues of expression of culture and ethnic identities across continents, including in California.